In 1804, our founder, Naozo Matsuura began brewing sake in the city of Naruto in Tokushima Prefecture.

However, a young chief brewer at a sake brewery returned to the distillery and began creating a new sake.
While respecting the tradition and culture of sake, he took up a new challenge, and sake blessed with a new sense, different to the sake of previous decades, was born.
In this way, what some had described as a sunset industry, continued to evolve.

In order to first and foremost provide the sense of charm of the region of Naruto, we conducted field studies of local soy sauce makers as well as breweries and opened “Kurakura Tachikyu” so that everyone could enjoy sake in a casual atmosphere. We firmly believe that the number of sake fans has grown due to increased
activities in which we interact directly with customers.
Furthermore, since the 1980s, we have been making proposals for “Narutotai” sake to overseas restaurants, and have shipped approximately 40,000 bottles to international locations, particularly the United States.

Enjoy sake-matching with Japanese dishes!
Now that the quality of authentic Japanese cuisine has been rediscovered in Japan and is gaining
international popularity, we would once again like to pass on the Japanese spirit – a spirit that takes root in the local area.

Close to our warehouse lies Ryosen-ji Temple – the first of the 88 temples of Shikoku, which are connected with the great Buddhist monk Kōbō-Daishi and are famous among“Ohenro-san” (pilgrims who visit all 88 temples).
Before partaking in meals, Ohenro-san recite the following prayer:

“We feel the blessings of heaven and earth in a single drop of water and are aware of the hardships of all people in a single grain of rice. Thank you for this food.”

This sake is a masterpiece created from Japanese starting points – water, rice and fermentation techniques, and because it is made in Naruto in the province of Awa – a location abundant in ingredients and known as the kitchen of Kyoto – it is imbued with a gentle aroma and mellow flavour.

Understated but with a sense of presence, we fully believe that “Narutotai” sake will become an outstanding companion to everyones dining tables.

Honke Matsuura Brewery Established 1804. A brewery producing sake, including the “Narutotai” and “Sudachi-shu” brands, and at over 200 years old, Tokushima Prefecture’s oldest distillery.

It is well known for the “Narutotai” brand in the US market.
In 2008, Masaharu Matsuura became the company’s chief brewer and in 2011, Motoko Matsuura was appointed as the 10th president. We want to convey the tradition and delectability of sake to women and the younger generation using new points of view and sensibilities.

Enjoy the fresh sake straight from the can.
With a fresh and elegant sweet scent, and crisp sparkling gas as its featured characteristics, it also has a drinking sensation of bold sourness. This sake not only compliments traditional Japanese cuisine, but also matches with western style cuisine as well. We finally reached the new idea of packing sake in the Aluminum cans so that you can enjoy the freshness of ginjo anytime. Enjoy the original taste that breaks the stereotype of Japanese sake.

It is called “namacan” outside of Japan
Naruto-Tai (sea bream) Ginjo, fresh and raw unprocessed sake is quite popular among the sake-fans abroad and it is friendly called “namacan.” At some Japanese cuisine restaurants and liquor shops in New York and Hong Kong, “namacan” is sold as one of their regular items and many customers are repeatedly enjoying these unforgettable aluminum cans. In the United States, “namacan” is sold in 13 states today. The secret behind the popularity is the stylish aluminum cans and its unique freshness of raw unprocessed sake. Enjoy this unique taste!

Graded-up with sophistication. Unprocessed sake style “Mizu-to-Kome”
“Mizu-to-Kome” was a Junmai Gold Trophy winner at IWC 2015. By adjusting the alcohol percentage during the refining process, hard edges have been taken off giving it a light taste. Since this sake is unprocessed it has a rich flavor with lasting soft acidity.

Recommended to Japanese Sake Beginners!
This sake was made for sake beginners, women, and for the younger generation. It is so fruity and you cannot believable that it is unprocessed. A clear taste and refreshing scent. Serve it cold in a wine glass. This sake goes well with any kind of cuisine, from French to Italian and of course Japanese.

Unprocessed sake fermented with only natural lactic acid.
This sake is made from water and rice only. It was made by successfully implementing the techniques that Eta Kamajirou, well-known for his invention of the fast brewing method during the Meiji Era, failed to use successfully during his time. Nothing but yeast is used in the yeast mash, and only natural lactic acid is used in the fermentation process, resulting in the soft and light taste of this product. After much effort and thought towards the fermentation speed, which is essential when fermenting only with natural lactic acid, a rather peculiar and unique manufacturing method was established.
*This product earned a silver medal in the U.S National Sake Appraisal.
*This product is acknowledged as Tokushima Tokusen Brand (a selection of
Tokushima Prefecture certified products that are introduced as representative products of the prefecture).
*This product is awarded a gold medal in the 2016 Fine Sake Awards, Japan. 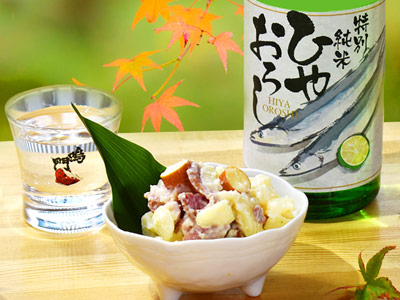 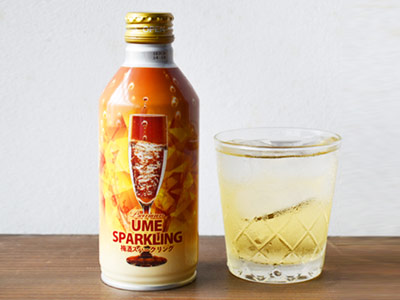 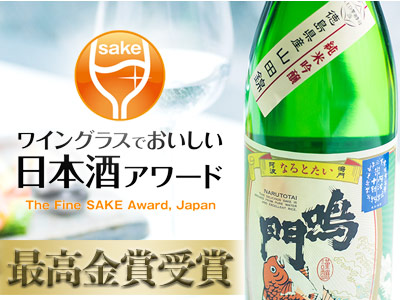 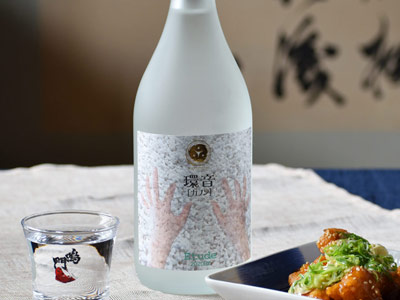 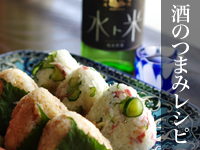